6 Most Dangerous Counterfeit Products Consumers Should Be Aware Of 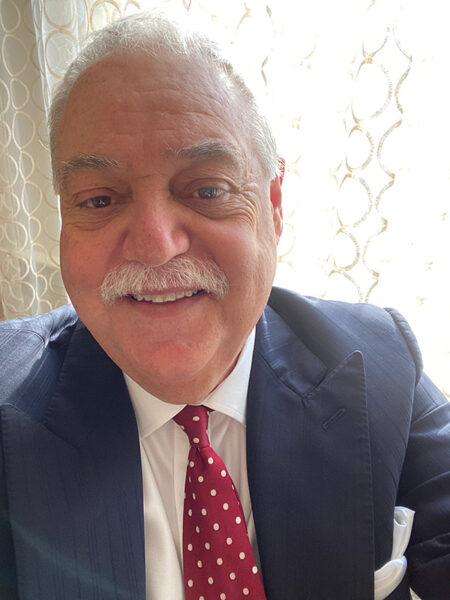 Counterfeit products, from drugs to car parts, can harm your health. Here are the six most dangerous sources you need to watch while shopping.

According to one source, over 250,000 children worldwide die from fake or counterfeit drugs yearly. Further, the World Health Organization estimates that over 1 million people die annually from counterfeit drugs.

However, this number does not encompass the total number of people who die from counterfeit drugs on the black market, such as tampered painkillers and amphetamines. For example, a man from Surry, Maine, was caught selling 91 counterfeit oxycodone pills containing carfentanil, a drug considered 100x more toxic than fentanyl.

Additionally, products like counterfeit car parts, electronics, and baby products, cause needless deaths each year that are impossible to track.

With projections of global counterfeiting trade expected to exceed $3 trillion this year, it’s incumbent upon brands and consumers to identify ways to reduce the danger of counterfeit goods through proper technology and consumer education.

To help consumers limit their risk of injury or death from counterfeit goods, I’ve outlined the six most dangerous sources of counterfeit goods and some tips to help them avoid purchasing fake goods.

Fake drugs and pharmaceuticals represent one of the highest shares of counterfeited goods worldwide, with an estimated $200 to $432 billion sold each year.

However, it’s not just painkillers and illicit drugs that are counterfeited, but also expensive life-saving medicines people are turning to the black market to purchase.

Some of the most commonly faked drugs on the market include weight loss pills, anti-virals, vaccines, pills for ED, and anti-psychotic drugs. Just recently, Janssen was forced to alert its customers to be on the lookout for counterfeit SYMTUZA® being distributed (an HIV-1 treatment).

Even if these drugs don’t contain actively toxic ingredients, they can be deadly if they deprive people of the proper medication needed to treat a serious condition.

While purchasing from a pharmacy and on an open market will limit your risk of counterfeit drugs, other products like nutraceuticals bought online must be evaluated more carefully.

Interestingly, the World Health Organization found that 93% of global deaths from traffic accidents tend to occur in poor and developing countries. While impossible to determine the cause of these deaths, there is great speculation the higher frequency is partially blamed on the high concentration of fake car parts sold in many of these countries.

However, American consumers are not immune from purchasing fake car parts, especially if they purchase parts online or through a mechanic who does.

Just recently, the CBP seized nearly $300,000 worth of fake car parts entering the US from a port in Philadelphia. Hyundai has even issued its own statement cautioning drivers from fixing their cars with parts bought online from third-party sellers.

While we’re often warned of the dangers of shopping online, many counterfeit goods, like cosmetics, can be bought in stores and on street corners. For example, LAPD famously seized over $700,000 worth of counterfeit cosmetics in 2018 from the fashion district in Santee Alley.

A recent Netflix documentary actually exposed a lot of the dangerous ingredients found in cosmetic products, including animal feces, rat droppings, lead, mercury, and cyanide. According to a dermatologist from the series, Dr. Whitney P. Bowe, M.D, fake cosmetics with heavy concentrations of lead and dangerous ingredients often cause harmful symptoms, including fertility issues, headaches, and memory loss.

In one shocking story, a girl who bought a counterfeit Kylie Lip Kit actually received lipstick with superglue and physically couldn’t peel her lips open.

Another great source of fear for many parents is buying fake or shoddy baby products.

Consumers should be cautioned about purchasing baby products from third-party sellers online and on Amazon. In one example, CNN tested a fake car seat on Amazon, meant to resemble a popular model from Doona, and found the seat crumbled to pieces when subjected to basic NHSTA crash-test standards.

Many counterfeit baby products, from strollers to car seats, are often made with poor materials that could fall apart and harm your child. Additionally, many fake toys bought online also contain dangerous chemicals and are choking hazards that must be monitored.

Amid a semiconductor shortage, the Semiconductor Industry Association (SIA) estimates that selling counterfeit SMD chips costs manufacturers $7.5 billion globally. In one notable omission, the Pentagon reported that nearly 15% of the spare and replacement electronic parts they purchase are fake.

Considering the number of electronics, from our cars to life-saving medical technology that is governed by computer chips, this represents an existential problem for manufacturers and consumers.

In even more extreme examples, Lithium-ion batteries purchased from Amazon kept exploding, causing serious harm and death to dozens of people. The BBC even ran a report on the incidents of fake hoverboards, which kept exploding and burning down homes.

Generally, cannabis use is not associated with severe physical effects from toxicity, like heroin or cocaine. However, in recent years reports have begun cropping up on cannabis products laced with spice, fentanyl, and even pesticides. In one instance, a teenager in Connecticut even overdosed from cannabis that was laced with a small amount of fentanyl. Though legal in many states, most cannabis purchases still occur on the black market, leaving consumers vulnerable to potentially deadly chemicals and substances.

What Can Consumers Do?

Clearly, we can’t expect consumers to stop purchasing from brands online. However, there are steps consumers can take to limit their exposure to counterfeit goods listed below.

With little cost to their bottom line, there is lots of technology from proprietary serialization and labels to invisible threads and pigments that allow manufacturers to track products across their supply chain and verify their authenticity. In many instances, the cost of brand protection can be recovered many times over, thanks to increased sales from people buying real products and greater brand engagement overall.

Ultimately, to stop the danger of counterfeiting, manufacturers and consumers must work together to identify solutions and educate people on counterfeiting threats.

VerifyMe is a leader in product authentication, consumer engagement, and brand protection. Learn about how to use overt and covert technology to prevent counterfeiting in the VerifyMe blog. Interested investors can learn more by reviewing our investor hub.